You may ask “How does Dolph know this?” The answer is simple: Board Source’s 2017 Leading With Intent report indicates that only 31% of executive directors actually have one.

Let me be clear that I have a strong opinion about this – – – I believe any organization that cares about stability and continuity should have an employment contract with their chief executive. If you are an executive director reading this, I am preaching to the choir. If you serve on a board that is reluctant to give the chief executive a contract, however, this post is for you.

Let’s start by exploring some of the pros and cons of offering your executive director an employment contract. Before I present these, however, let me remind readers that I am not a lawyer or accountant and am not providing legal, tax or accounting advice. If your organization is going to consider a contract for your executive director, it should definitely secure legal counsel.

The table below outlines the five advantages and three disadvantages of an executive director contract:

I believe there are five (and one more) potential advantages of an executive director contract:

I think this section of most employment agreements makes boards uncomfortable because the contract outlines the amount of notice the board must give to terminate the employment relationship. While most contracts that I have seen include clauses that allow immediate termination for gross negligence or malfeasance, the chief executive must be paid for a certain period of time if terminated for any other reason.

In exchange for this, however, boards often get a commitment of an equal amount of notice from the executive director should they want to leave.

Boards will often ask me, “but what stops the executive director from giving us just a month’s notice instead of three months’ notice as outlined in a potential agreement?” Several things do:
(a) the chief executive cares about their professional reputation and
(b) the CEO may lose vacation payouts or other incentives if they don’t give sufficient notice
(c) contracts are enforceable in court; no executive director wants a possible legal battle hanging over their heads while starting another job.

Foundations, government funders, and major donors all want a smooth executive director transition. Knowing that a contract exists between the executive director and the board assures them that reasonable steps are being taken. And, by the way, having a transition plan also gives your funders this assurance.

Since the employment contract outlines general roles and responsibilities, it can prevent arguments between the board and executive director. But when disagreements arise, the contract creates a framework for resolving them – often through the board chair or a specific committee.

I primarily hear three board arguments against offering a contract. Since I’ve disclosed a bias toward chief executive agreements, I will share the most common board arguments and offer a counterpoint.

Boards fear that a contract will prevent them from terminating an under-performing executive director without costly payouts. I offer three counterpoints to this concern:

This depends how you structure the agreement, but an abrupt and publicly hostile transition is much costlier to an organization than a few months’ salary. Even if the board has sent the executive director home with pay for their final month or two, chief executive must still be available to answer questions, provide information, and even help ensure smooth transition. Because you’re paying them, they are far more likely to be cooperative.

This is one I just can’t argue with. Some people don’t like contracts. I once worked with an executive director who didn’t want a contract. More than once I heard her ask this rhetorical question, “Why would I want to be here if the board doesn’t want me to continue?” After twenty successful years in the role, however, an abrupt change in board leadership led to her very abrupt termination. This took an extreme emotional toll on her and the organization, and both required several years to recover.

As you can see, I am not agnostic when it comes to contracts. I believe they are important to a healthy relationship between the executive director and board, and they dramatically reduce the likelihood of needing to utilize your abrupt transition strategies.

Back when I was a permanent executive director, I found my employment contract to be an incredibly helpful tool. In my last chief executive role, I never felt like the job was a great fit – even though we grew the budget by 25% during the great recession and expanded the organization’s footprint from 28 counties to 42 counties. I gently brought my concern up to the board chair, suggesting that I might not be the right person to lead the organization. While the board didn’t want me to leave, I timed my departure with the end of my contract. I left the organization feeling good about the work I had done and knowing that I fulfilled my obligations to the organization. They had the benefit of ten months’ notice. It was definitely a win-win.

Now that we’ve covered the importance of contracts – and I’ve got that off my chest – our next blog post in this series will be a deep dive on developing your interim plan. It will help you create a plan for how you will actually run the organization without a permanent executive director at the helm.

This site uses Akismet to reduce spam. Learn how your comment data is processed. 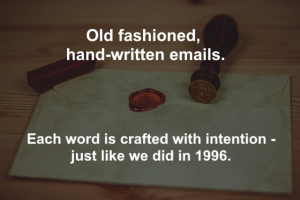